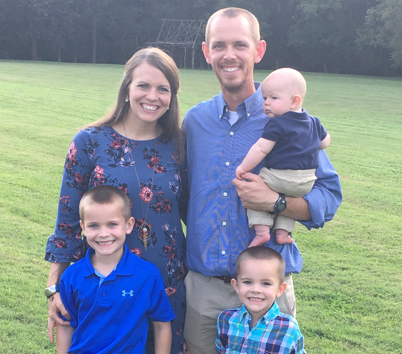 Mr. Caleb Sorrells has been selected and approved to serve as the Head Football Coach and Physical Education Teacher at Lumpkin County High School. Coach Sorrells grew up in Greenville, South Carolina and graduated from Greeneville High School. He then attended Carson-Newman College in Jefferson City, Tennessee where he earned a Bachelor of Arts in Spanish and a Master’s Degree in Educational Leadership. He is certified to teach Health & Physical Education, Driver’s Education, and Spanish.

As a competitor, Coach Sorrells played quarterback at Carson-Newman College for the legendary Coach Ken Sparks. While at Carson-Newman, Coach Sorrells was selected by his teammates to serve on the Player Committee Leadership Council for two years. In addition, he was selected as the 2007 Bullhooker Award winner which is given to the player who demonstrates the most leadership and character on the team.

Coach Sorrells comes from a football family. His father, Tim, served as an assistant coach and offensive coordinator at Furman University for more than 30 years. His grandfather, Fred, is a member of the Tennessee Secondary School Athletic Association Hall of Fame. And his brother, Jordan, finished as the all-time leading passer for Furman and now serves as the Director of Recruiting Communications at Clemson University.

Coach Sorrells is married to his wife, Amber, who is from Strawberry Plains, Tennessee. They have three sons Gray who is 7, Sam who is 4, and Reese who is 10 months.

“We had 31 candidates apply for the position of Head Football Coach in Lumpkin County. We had some outstanding candidates and many with substantial head coaching experience. Our hiring process involved two rounds of panel interviews with the two panels coming together in the end to make a collaborative decision. The panels included school system staff from the middle school, high school, and central office as well as select members from the community and the Lumpkin County Parks & Recreation Department. Our process was thorough and exhaustive, but I am confident that we have made the right decision.

The committee felt strongly that Coach Caleb Sorrells is exactly what we need to build a successful football program in Lumpkin County. His energy was contagious during the interview process and it was evident that he would be a great fit for our students. His references raved about his work ethic, his character, and his ability to build relationships with his players.

Coach Sorrells has worked for three state championship winning head coaches and he has been around some outstanding high school football. However, it was his steadfast focus on developing players into being high quality young men first and football players second which resonated with me. I am excited for Coach Sorrells to lead this program and to be a part of our outstanding staff at Lumpkin County High School.”  Dr. Rob Brown